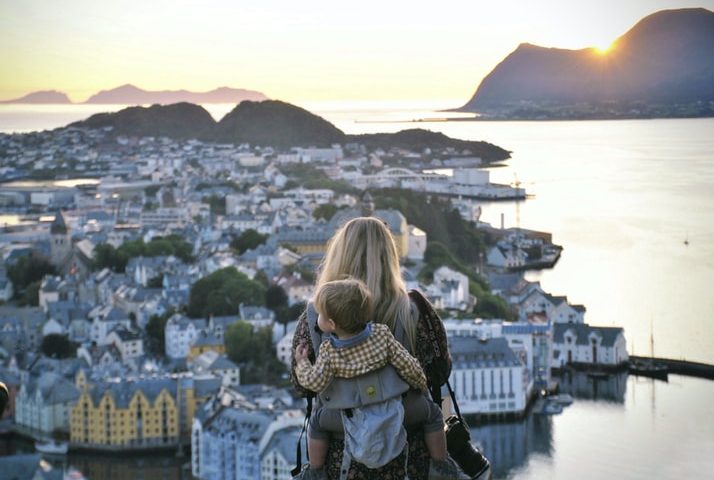 It really should go without saying, but the size or composition of your family has no impact on your ability to live impactfully for God’s Kingdom. Whatever your marital status or family size, you can faithfully serve God in whatever context he has placed you. In mid-June, however, “Christian Twitter” was alight with a backlash against The Gospel Coalition for an article that (I think, inadvertently) engaged this issue. The article, written by Kevin DeYoung, concluded by saying that the key to “winning” the so-called “culture war” was for Christian couples to have lots of children to disciple in the faith. Here’s an excerpt:

Do you want to rebel against the status quo? Do you want people to ask you for a reason for the hope that is in you (1 Peter 3:15)? Tote your brood of children through Target. There is almost nothing more counter-cultural than having more children. And once we have those children, there is almost nothing more important than catechizing them in the faith, developing their moral framework, and preparing them to be deeply compassionate lovers of God and lovers of people and relentlessly biblical lovers of truth.

This part of the piece ruffled more than a few feathers, particularly among single readers and those who are married with no or few children. DeYoung did acknowledge some caveats to his argument, including the reality that some believers are unable to have as many children as they would like. Alas, one particular sentence at the end of the article undermined the more compassionate words that came before.

DeYoung said, “The future belongs to the fecund.” “Fecund,” a word Google Dictionary defines as  “producing or capable of producing an abundance of offspring or new growth; fertile.”

As someone who spent years longing to be pregnant, only to be met with month after month of bitter disappointment, I can’t begin to describe how painful that sentence was to read. I am certain it was equally painful for my Christian brothers and sisters who are single when they wish to be married, who have suffered miscarriages, along with those of us who have experienced any kind of struggles with infertility.

That being said, I have no desire to “pile on” to attack TGC or DeYoung. I have great respect and appreciation for both. I also know that DeYoung wrote an article for TGC way back in 2011 which acknowledges the unbiblical tension that can exist between believers with large and small families. In it, he exhorted Christians to love families of all sizes. I think it is uncharitable to accuse DeYoung of being intentionally biased against singles and small families when he has explicitly condemned such biases in the past. Still, I understand the backlash against the recent article in question, even though I believe that the offense it caused to some was unintentional. I’m also not interested in tackling the premise of a “culture war.” I think it’s an unhelpful way to think about how believers should engage with secular mainstream culture. Instead, I want to think about why this article incited the ire of “Christian Twitter” and offer three things to keep in mind when thinking about making a kingdom impact, whatever your family unit looks like.

DeYoung’s article touched a nerve, I believe, because it played into an underlying fear that exists among Christians who don’t fit the norm of having a “brood of children” to tote through Target. That fear says that because I have the “wrong” sort of family, I’m at a disadvantage in God’s Kingdom. It says that my service to God will not be fruitful (or should I say, fecund?) because my womb is not.

These fears may not resonate with you, but they probably impact someone you care about. They certainly ring true for many of our brothers and sisters at Gresham Bible Church, myself included. But, these fears are based on lies. Lies that none of us should buy into. So, I want to combat those falsehoods with three truths from Scripture that are helpful to keep in mind when thinking about family makeup and kingdom impact. First, we have different contexts but the same calling. Second, there are no second-class Christians. Third, God has prepared good works for each of us.

We have different contexts but the same calling.

I love children and families. I would not have spent years of my life trying to become pregnant nor a few more pursuing adoption if I didn’t. Still, I think it is a woeful mistake to say that any believer’s “highest” calling is to raise children. Why? Because I don’t think that’s consistent with the teachings of Jesus. After Jesus rose from the dead, just before he ascended to heaven, he said this to his disciples:

18 And Jesus came and said to them, “All authority in heaven and on earth has been given to me. 19 Go therefore and make disciples of all nations, baptizing them in the name of the Father and of the Son and of the Holy Spirit, 20 teaching them to observe all that I have commanded you. And behold, I am with you always, to the end of the age.” Matthew 28:18-20

We call this passage the Great Commission because it encapsulates the mission Jesus was entrusting his disciples with: to make more disciples. All believers have this same calling. We are to be a community of people characterized by knowing and obeying the Gospel, and teaching others to do the same.

If you are a Christian parent, you should absolutely be discipling your children. It is good and beautiful that you should do so. It is an essential way for a believing parent to fulfill the Great Commission. Yet, it is one way, not the only way or the best way. Single or childless believers are also able to make disciples wherever God has placed them to serve him, and it is equally God-glorifying for them to do so.

There are no second-class Christians

The very idea that being married or having many children puts you at a spiritual advantage over other Christians is unbiblical and anti-gospel.

The Apostle Paul says of singleness in 1 Corinthians 7:6-7:

6 Now as a concession, not a command, I say this. 7 I wish that all were as I myself am. But each has his own gift from God, one of one kind and one of another.

If Paul is calling singleness a gift from God, no believer should be treating single people as “less than” or otherwise hampered in their ability to serve God in the context in which he’s placed them. And, certainly, if that is true for singleness, it’s true for families of all sizes who seek to serve God.

Galatians 3:37-39 also tells us that there is not any sort of social status that should divide believers from one another because we have been made one in Christ Jesus:

27 For as many of you as were baptized into Christ have put on Christ. 28 There is neither Jew nor Greek, there is neither slave nor free, there is no male and female, for you are all one in Christ Jesus. 29 And if you are Christ's, then you are Abraham's offspring, heirs according to promise.

Our primary identity is as people united with Christ by faith. Any differences that would otherwise be a source of division and disunity are superseded by the fact that we belong to Christ and are co-inheritors with him according to promise. The unity and equality we have as brothers and sisters in Christ should be the most beautiful example of the beauty of the gospel to a watching world. A loving community of people with different social and ethnic backgrounds, with singles and families of all sizes, should be a counter-cultural proclamation of the gospel to the world. Any sort of hierarchy of singles, small families, and large families does the opposite.

God has prepared good works for each of us

In the four years when my husband and I had to wait to become parents, I struggled mightily with the sense that I was treading water. If felt to me as though time was being wasted. I had such a strong desire to serve God as a mother to children. I wondered why God was asking me to wait to serve him with the gifts he’d given me.

The thing is, he wasn’t. He was asking me to serve him right then. God had prepared good works for me to do and they were right in front of me, ready for me to walk in them:

10 For we are his workmanship, created in Christ Jesus for good works, which God prepared beforehand, that we should walk in them. Ephesians 2:10

Just as we were preparing to begin the adoption process, we had the opportunity to help some friends of ours from GBC. They had found their dream home, but it needed a lot of remodeling before they would be able to move in. They were a family of two adults and three children ages four and under, and were concerned they wouldn’t be able to find an affordable rental to live in while they waited for their new home to be remodeled. Against all reason, while most folks thought we were crazy, we invited them to move in with us. We were a boisterous family of seven for about six months. And we were even still friends at the end of it!

I don’t share that story to show off our generosity, but as an example of a good work God had prepared for us in that particular season. I doubt we would’ve even thought about having them move in if we’d had a child or two of our own at that point. It was a way we were able to serve that was perfect for that particular time because of our family size, not in spite of it.

Whatever your family looks like, God has prepared good works for you right now, exactly where he has put you. You can serve God, even if your family looks different than what you would’ve chosen, or different than what Christian cultural norms can sometimes be biased toward. God uses faithful families of one, three, or over ten to serve him. The church is blessed to have them all. At GBC, let us be the sort of people who rejoice in that and encourage one another to serve God through every family context.