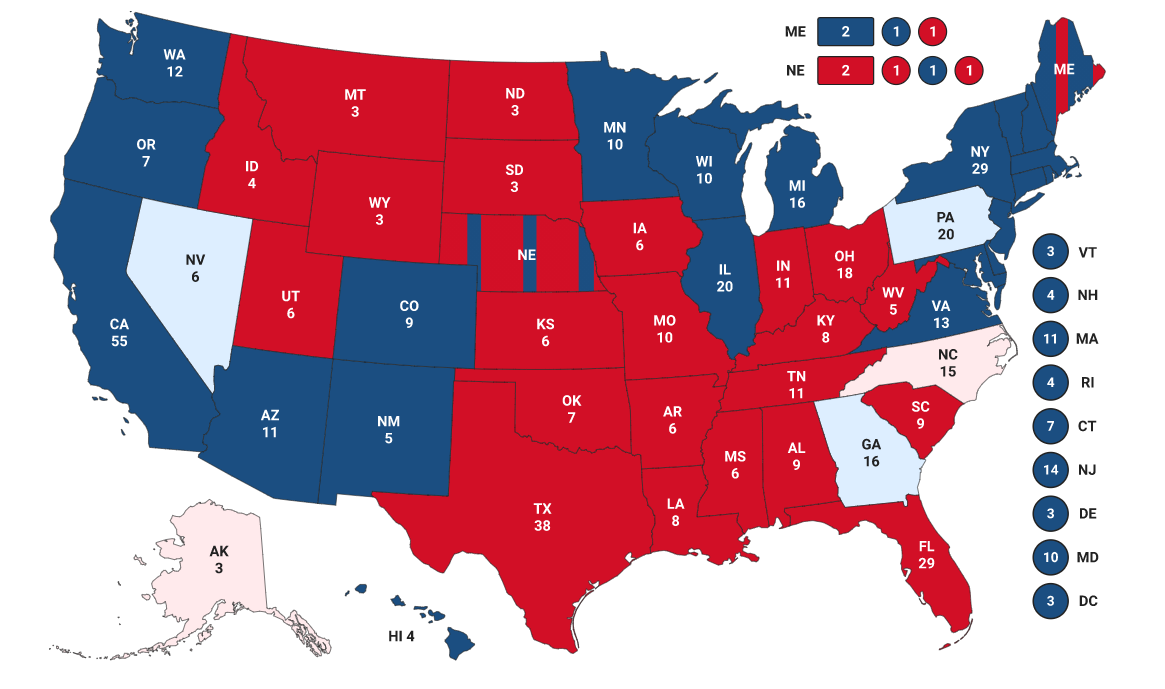 Election Day was Tuesday. State and local races are over, ballot measures have been decided, and a closely contested race for president is probably on all our minds. Though Christians will differ, sometimes quite strongly, in our perspectives about the election, together we hope to move forward in a way that brings glory to God and displays the good news of Jesus to the world around us.

Here we’ve compiled a list of a few articles and posts that offer some perspective related to the election and what lies ahead. With all the information there is to consume out there, hopefully this can be a helpful selection of resources to guide your thinking. Most of these are current, published in the past few days, but a couple are from previous election seasons—one from 2016 and one from 2008.

This is a short informative explainer of some important voting initiatives across the country.

On the 9Marks blog, Jonathan Leeman advises Christians to be careful to treat others as fellow image bearers, loving them and honoring theme even in our disagreements. “In so doing,” he says us, “we will sound very different than the nation around us. That will represent Christ well, and it just might help strengthen and heal our nation for whatever’s next.”

A Texas pastor shares the pledge he has written and reaffirms every election day. This is what he has sought to keep in mind under the past three presidents, and he is committed to continuing under the next one.

On the day after election day, with the presidential race still far from being decided, Russell Moore gave a reminder of our future hope. “Even when we don’t know who will sit behind the Resolute Desk in January, we know who stands in heaven and will one day join heaven and earth together under his rule. And it will not be a close call.”

Randy Alcorn encourages us to take comfort in God’s sovereignty over all, whether we’re encouraged or distressed by the results of the election.

Here are Randy’s remarks after Donald Trump was elected president in 2016. He gives a list of seven things we must keep in mind, no matter who our president is.

As Americans were preparing to vote in 2008, Al Mohler urged Christians to pray for the country. This post lists ten areas of focus for our prayer. These points applied to that year’s election, when Barack Obama would be elected to the first of his two terms in office, and they are just as relevant now as we go through another election.