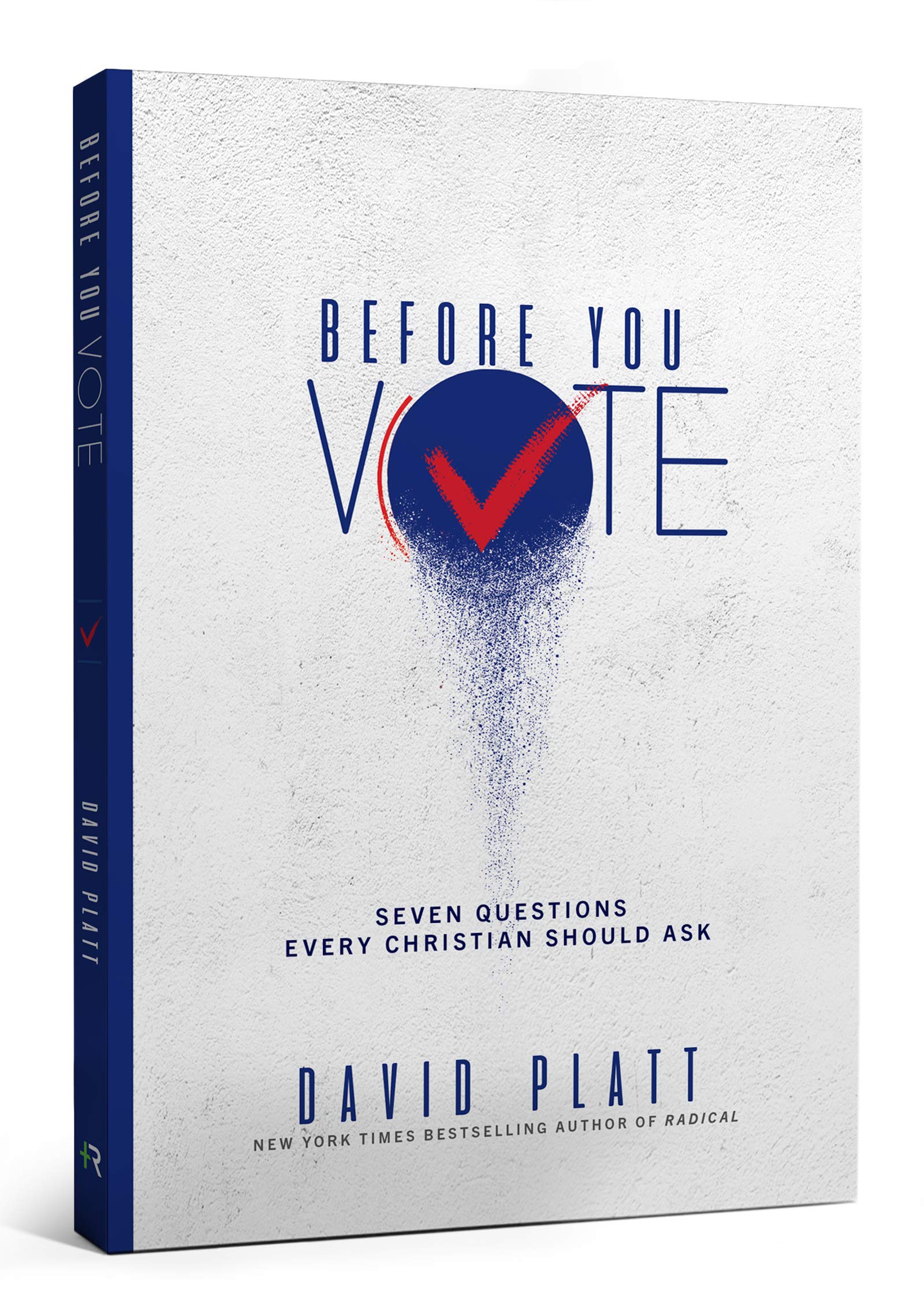 How can I honor Jesus with my ballot?

This is the question David Platt addresses in his just-released little book, Before you Vote: Seven Questions Every Christian Should Ask. It looks to be a wise, balanced treatment of some important issues for us to consider as we go through this divisive election season.

In a recent episode of Gospelbound, one of the podcasts on The Gospel Coalition network, Collin Hansen interviews Platt about the book. Here’s one key section from the interview.

We’ve got to work [in our churches] to foster a community where we really are quick to listen and slow to speak and slow to become angry, and like really hear each other out, and hold on to God’s word and not give into this temptation along the political hostility lines. How do we humbly relate to one another instead of giving into this constant temptation to demonize one other, jump to polarization of positions, strawman arguments, all of these things that we see all around us in the world. We’re just called to relate very differently to each other than that.

The book is published through Platt’s ministry equipping organization called Radical. This is what it says about the book on their website.

Our current political climate presents unique challenges for Christians, particularly in an election season. Research shows that Christians already divide into churches based on political opinions, and that division is even greater as everyone—from prominent Christian leaders to ordinary church members—begins voicing their support for opposing candidates, parties, and positions.

Some Christians know exactly how they’ll vote and can’t imagine why any Christian would vote differently. Other Christians struggle with how to vote, or even whether to vote. In the end, elections in our country tend to be a time of confusion and disunity among many Christians.

But what if there’s another way?

What if there’s a way for Christians to participate in an election with authentic love for Jesus, counter-cultural unity in the church, and a clear conscience before God?

In Before You Vote, David Platt urges every Christian to ask seven critical questions before casting a ballot. These questions are based on biblical truths, not political talking points. As a pastor of a church in our nation’s capital, Platt’s message is non-partisan, practically helpful, and biblically saturated. Exercise your vote with humble conviction in a way that magnifies Christ, maintains unity in the church, and aims for the good of all people.

These are the book’s seven questions

The website also includes a link to a 31-day prayer guide for the election season.

For those who want to keep going a little further in thinking about the election, politics, and how to engage with these things as Christians, here are a couple more recommended books.