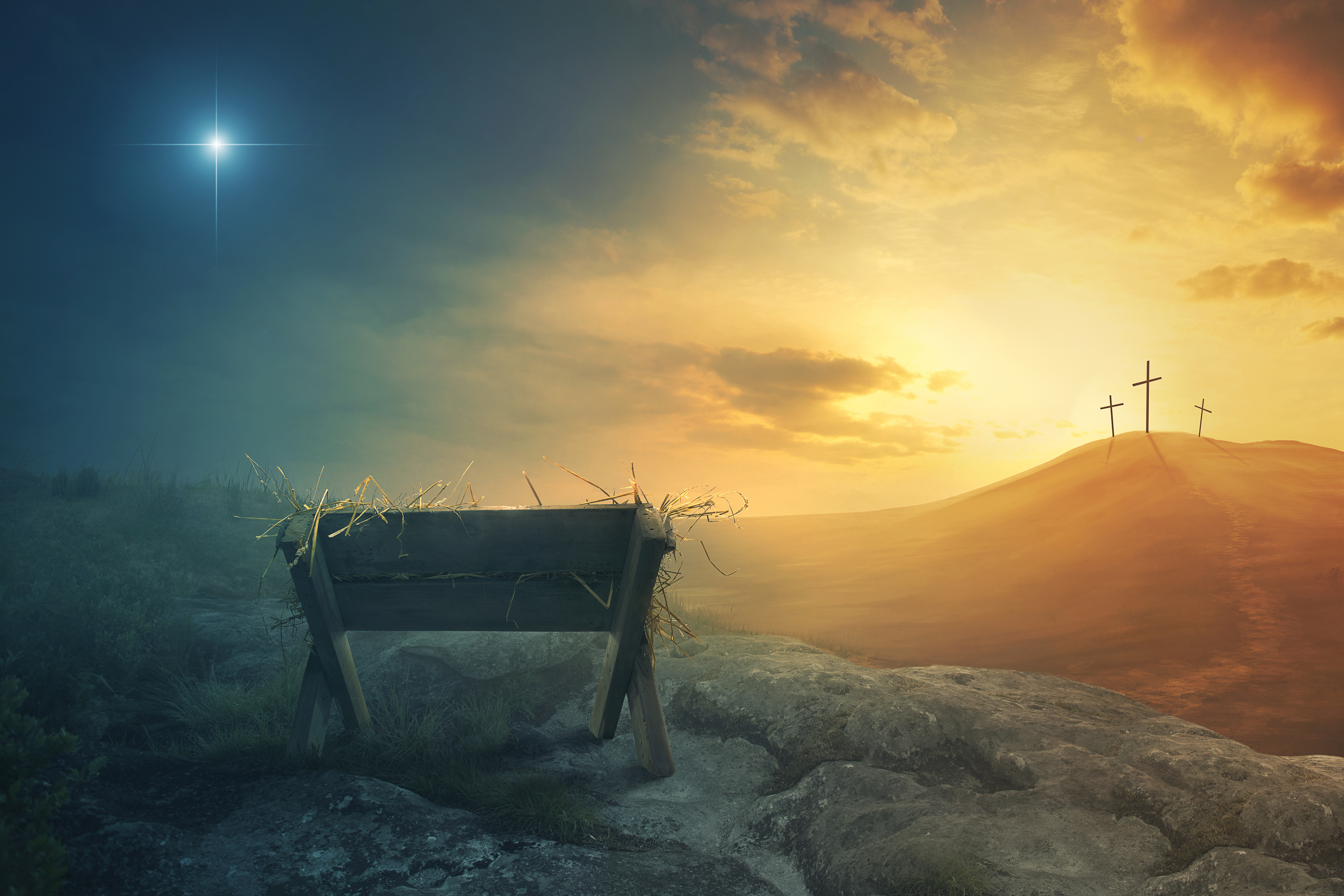 What child is this who we celebrate each Christmas season? Who is that humble baby born into such mean estate surrounded by animal filth, the stench of a stable, the cold night air, and lowly shepherds? According to the famous Christmas carol this is "Christ the King whom shepherds guard and angels sing." While it is true that Christ is the King, that simple statement does not quite capture the magnitude and mystery wrapped up in the identity of that small child. Christ is not just the king of an earthy kingdom, He is the King of all creation. And He is not only the King of all creation, He is the Creator and Sustainer of all creation! It is one thing to be appointed king and to rule over a kingdom - it is an entirely different thing to be the one and only Creator of all kings and all kingdoms.

In the profound, poetic, and prophetic 40th chapter of the book of Isaiah it is written:

Who has measured the waters in the hollow of his hand

and marked off the heavens with a span, enclosed the dust of the earth in a measure
and weighed the mountains in scales

And regarding the stars, the whole host of heaven it says:

Lift up your eyes on high and see:

He who brings out their host by number,

calling them all by name;

and because he is strong in power,

And regarding the Creator:

The Lord is the everlasting God,

the Creator of the ends of the earth.
He does not faint or grow weary;

his understanding is unsearchable. (Isaiah 40:28)

And who is this great Creator whose understanding is unsearchable, whose might is unmatched, who calls all the stars by name, and who measures the waters in the hollow of his hand?

Astonishingly, and nearly unbelievably (and this is where the mystery lies) it is of that fragile baby boy, born of a virgin, and laid in a manger, that Isaiah writes so beautifully!

Meditate on the following passages - all are written explicitly about Jesus Christ!

All things were made through him, and without him was not any thing made that was made. (John 1:3)

You Lord, laid the foundation of the earth in the beginning,

Take some time to marvel that although all flesh is like grass that will wither and fade away (Isaiah 40:6-8), the Creator of all things, both seen and unseen, humbled Himself to take on that fragile form . . . and He did so motivated by his incomprehensible love for us. His advent is not the end of the story; He did not just arrive to be one of us but to die for us. He came to bear the guilt and shame of the world, to die a horrific death, and then to rise again so that any who would believe in His name would live eternally in the glory of His presence (John 3:16)!

So who is the child lying in the manger? He is the Architect who imagined the seed that grew into the tree that supplied the wood for the box where He would lay His head. He is the designer that planned each cell, muscle, bone, and joint that formed the powerful beasts that fed alongside Him. He is the one who lovingly knit each person together including the low-ranking and poorly-thought-of shepherds who looked at Him in awe. He is the name-giver to all the stars in the sky, including the one that shown so brightly over His makeshift home that night. He is the inventor of the sun, moon, solar system, and galaxy. By the word of His power planets follow their circuits, gravity exerts its force, light blazes through space, and molecules obey their Maker. He is the everlasting God, beside Him there is no other, He has no rival, He has no equal, He is the great Creator! Imagine the love that caused Him to be found in the lowliest of circumstances in order to rescue you, and do not neglect to receive such an extravagant gift this Christmas season!

Mary Did You Know?