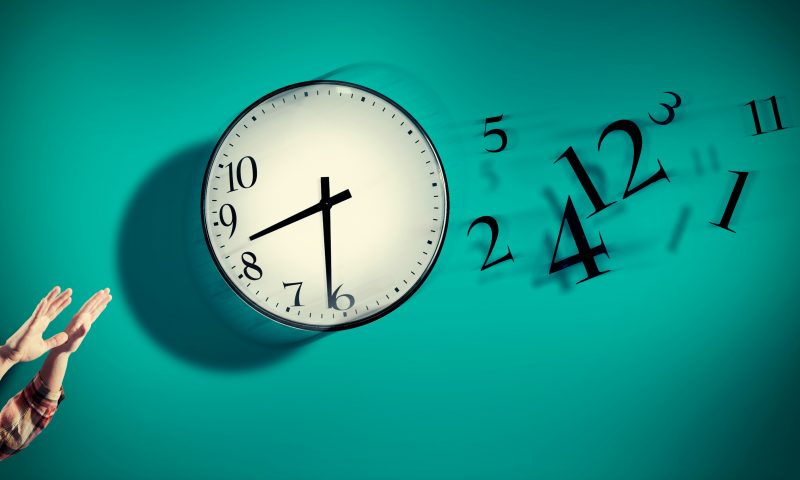 What has God done for me lately? Do you ever find yourself asking that question? Here in the United States we live in a culture of “now”. Everything has to be fast, faster, and fastest. The Instapot, 5G mobile networks, same day Amazon delivery, and Jimmy John’s all market speed. They cater to our desire to have everything we want right now. For us, time is something that is slipping away. There is an urgency to life because we usually view our personal timeline starting at birth and ending at death. Because we are natural beings it is difficult for us to think outside of those constraints.

How does that affect the way we view God’s blessings? Are His benefits to be found only in what we see during our days on this earth? Do we focus so much on the moment that we miss out on the bigger picture? Are we spending too much time ruminating over one tree instead of taking in the view of the entire forest? It is easy to become frustrated that God does not seem to have the same sense of urgency that we do. Sometimes it appears to us that He is not active at all. As Christians, we know that God loves us, and that He sent Jesus to die on the cross for us, but that was long ago so we ask, “What has He done for us lately?”

In Psalm 103 David provides some needed perspective on the timing of God’s work in our lives. Welling up in praise to the Lord he writes,

Throughout the remainder of the Psalm, David lists the benefits he is referring to. It is interesting that he does not praise the Lord for his current circumstances. Nearly all of David’s praise is directed at God’s work that takes place well outside of David’s personal timeline. Although he could have, David does not thank God for his food, material wealth, family, or kingdom. Instead he looks at the much bigger picture and praises the God who “forgives all your iniquity, who heals all your diseases, who redeems your life from the pit. . . .” Later he magnifies God for “righteousness and justice for all who are oppressed” and for making His ways known to Moses. In verse 11–12 he beautifully illustrates the complete and absolute forgiveness of the Father whose love is as high as the heavens and who separates us infinitely from our sins. David spoke of all of these things in the present tense as if they had already happened. Perhaps if David had been asked what God has done for him lately, Psalm 103 would have been his answer.

Think about this for a minute. How could David claim that God would forgive all of his iniquity? The sacrificial system was inadequate to pay that debt and David certainly could not earn his way into God’s favor by doing good works. We know that the justice of God requires payment for sin so by what mechanism can David imagine that his sin could be forgiven? The answer is that David was looking forward to a coming Messiah and Savior who was able to pay the debt for all iniquity, for all time, in all places, and for all people who have faith in Him. He was praising God for an event that he could not even fully articulate because it was yet to come. The same is true when he speaks of healing all diseases and justice for all the oppressed. That did not happen during his lifetime and it may not happen during ours. But we can join with David in looking to a faithful God who stands outside of time holding the entirety of history in the palm of His hand. Just as David looked forward to a coming Savior, we can look forward to a coming heavenly kingdom in which all wrongs will be made right and all sickness will be made well. It has not happened yet, but because God’s words are His actions we can praise Him for it today. If we follow David’s example we can even speak of it in the present tense.

Human beings are limited by time and space. We are finite. We struggle to see beyond our own days. Because God sees every moment of history at once His work is always in the present. He is the Alpha and Omega, the Beginning and the End, the only eternal One. He is not constrained by time the way we are. David, inspired by the Spirit, seemed to realize that and spoke of God’s future blessings as current events. He sees future things as real and relevant in his daily life of praise. His praise reaches beyond the moment to the eternal blessings we enjoy in Christ. As he looked forward to the cross, we can look back on the cross, and sing praise together in the present for the one moment that redeemed every other moment.

As a body of Christian believers some of us may have material blessings in the here and now and it is right to praise God for those things. But many in the body do not enjoy such comforts. Countless Christians throughout history have lived very meager lives but they had access to the very same benefits that David wrote about. Like David they could sing about rescue from the pit, justice for the oppressed, forgiveness of all iniquity, compassion of the Father, and the steadfast love of the Lord. . . and so can we!

So when asked what God has done for you lately, praise him for all his glorious work that is always in the present.