What Is Critical Race Theory and Why Should We Care? 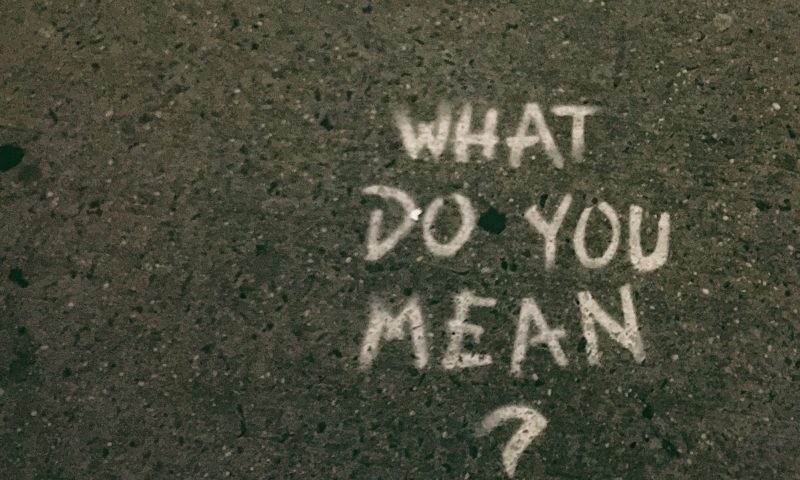 If you have been following the current cultural upheaval through social media, podcasts, blogs, or national media outlets, you have come across terms like white privilege, white supremacy, systemic racism, implicit bias, white fragility, intersectionality, and social justice. If you are a white person, your reaction to these terms may range from anger, to guilt, to curiosity, to defensiveness, to confusion. What are we as Christians to make of this?

These terms and phrases are associated with a school of thought known as Critical Theory, which views reality through the lens of power. People are seen as being part of either an oppressed group or an oppressing group. Some groups identified as oppressors today are whites, males, heterosexuals, Christians, adults, and able-bodied persons – with their counterparts being the oppressed groups. These oppressive groups don’t necessarily oppress by force or overt discrimination, but by imposing their norms and values on society as a whole.

Here’s why we must view Critical Race Theory (CRT, a part of Critical Theory) with great caution. It provides a story of reality that runs counter to the Christian story. Christianity tells us that we are creatures made in God’s image, who have sinned against him, who need to be rescued through the atoning work of Jesus, and who are called to love both God and neighbor. CRT tells us that our identity is found in being either oppressed or oppressor. The greatest sin is oppression, and the greatest virtue (or salvation) is the work of liberation.

If we view our current racial issues primarily through the lens of CRT, we will assign undeserved guilt to white people and undeserved virtue to people of color, simply on the basis of their skin color. On the other hand, if we angrily reject any insights coming to light through CRT, we may be pitting ourselves against a God who hates injustice. Racial prejudice and oppression are sins, but so are bitterness, rage, unforgiveness, pride, greed, and many other things. We are all responsible and accountable to God.

CRT, as one example of postmodern philosophy, denies a moral lawgiver and absolute truth. It arbitrarily locates evil in oppression, but who’s to say that’s true? As soon as another ideology comes along, it will overturn the oppressor/oppressed scheme and come up with a new favorite sin, and on and on. It fails to recognize an unchanging God who has given an unchanging law, and it fails to locate sin in the human heart.

An important implication for the church: What if we were to subtly begin to view one another as members of competing power groups (Black/white, male/female, etc.) rather than sinners reconciled to God and each other through the blood of Jesus? The results would be devastating. Contrast this with Ephesians 4:32 – “Be kind to one another, tenderhearted, forgiving one another, as God in Christ forgave you.”

Armed with these cautions, we can acknowledge that CRT has helped us awaken more fully to the race prejudice embedded in our national history. Many influential Christian leaders are reading books like White Fragility by Robin DiAngelo and How to Be an Antiracist by Ibram X. Kendi, and as a result the vocabulary of CRT is rapidly finding its way into the church. We can be thankful that the work of people like these authors is bringing racial injustice to light, even while disagreeing significantly with their worldview.

For example, white privilege simply refers to the obvious fact that being born with white skin in this country exempts you from a number of difficulties in life – facing suspicion by law enforcement, hostility from white people, discrimination in applying for jobs or credit, and so on. A Black pastor friend likens white privilege to a free pass given at birth that gives access to a host of benefits throughout life that are not automatically granted to people of color. Being white doesn’t mean life isn’t hard – just that it isn’t hard in the same ways as it is for non-white people. White privilege is a blessing, but a blessing that ought to be shared equally by everyone in this land of the free. We who are white should therefore not feel guilty about our privilege, but rather concerned when we see that others do not share this privilege.

Another example: systemic racism. This refers not to individual, overt expressions of hostility toward ethnic minorities, but to biased attitudes that have become embedded in our legal system, government agencies, and other institutions, leading to adverse outcomes for minorities. One person likened it to going into a cave crisscrossed with spider webs, which represent the systems in our society. You don’t have to see the spiders to know they’re there, because you see the structures they’ve built.

A final example: white fragility. In simplest terms, this refers to the knee-jerk reaction we may sometimes have when this whole topic of race comes up. Granted, it’s easy to feel defensive when someone comes at us calling us a racist! But if we’re humble, we can hopefully set aside labels and consider whether there might be some reason for our defensive impulse – and we can grow.

By humbly engaging with these cultural critiques, many believers are experiencing sorrow and repentance over their indifference to the pain of their suffering sisters and brothers, and are committing to more authentic, reconciled multiethnic relationships. That’s a good thing!

Neil Shenvi and Pat Sawyer acknowledge some helpful contibutions of CRT, but emphasize its inadequacy: “If we want to engage people with the message of the gospel, we need to understand the ideas and worldviews our culture is embracing and show where they are inadequate so that we can point people to the truth found in Jesus.” (Engaging Critical Theory and the Social Justice Movement)

Let’s look at these issues through a scriptural lens. We need to be not just a Bible church, but Bible people – people who are truly learning to do justice, love kindness, and walk in humility (Micah 6:8). Recall Paul’s admonition in Ephesians 4:14 that we should “no longer be children, tossed to and fro by the waves and carried about by every wind of doctrine, by human cunning, by craftiness in deceitful schemes.” As citizens of a Kingdom that will bring perfect justice, we should have a unique perspective on the current chaos – not just an echo of voices coming from the left or right.

Let’s remember who we are and why we’re here. Let’s not get sidetracked from our mission of making disciples. In the current climate of political and racial outrage, we’re hearing very little about love, kindness, forgiveness, gentleness, and other identity markers of the body of Christ. Let’s be people who speak of, and more importantly, embody these virtues, so that the world will know that the Father sent the Son (John 17:23).