Why Be Concerned about Critical Race Theory? 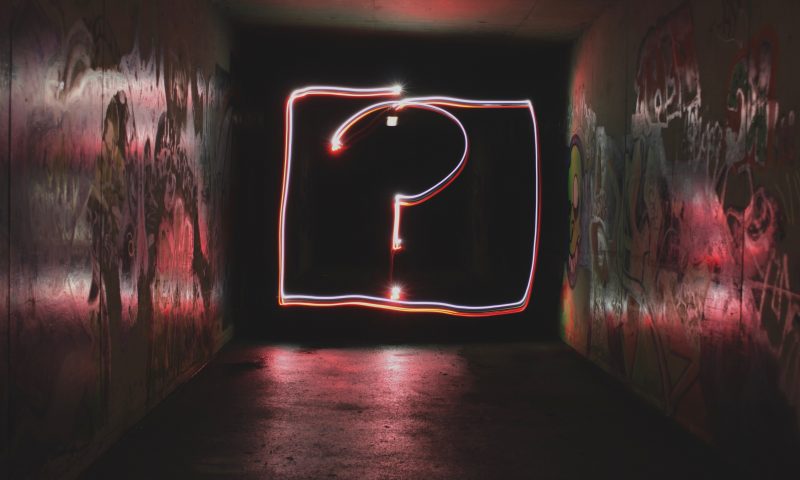 In my previous post on Critical Race Theory, I attempted to explain what it is, and then point out some of its key benefits, shortcomings, and dangers.

Because many recent books and videos on race relations, both secular and Christian, have borrowed heavily from the language and concepts of CRT, I’ve heard feedback from believers that we need to sound a stronger alarm about CRT. So in this post I’d like to explain the danger of CRT – while cautioning us not to ignore the important issues it addresses.

Here’s why this issue is so important. According to Pastor Bobby Harrington, “Critical Theory is where the battle for minds in America is centered today. It is emerging as the new dominant philosophy for the United States. It is the dominant philosophy in our schools, media, entertainment, HR departments, and in secular discourse. You cannot disciple the minds of people in North America today if you do not understand Critical Theory.”

Rather than going into technical details, I’ll describe three prominent vehicles of CRT, and then close with a summary and encouragement. The vehicles are The 1619 Project, the book White Fragility, and the Black Lives Matter organization.

One potentially powerful tool for spreading CRT ideology is The 1619 Project, published in August 2019 by the New York Times as a special 100-page edition of its Sunday magazine. Introduced with lavish publicity, the Project, according to the Times, intends to “reframe the country’s history, understanding 1619 as our true founding, and placing the consequences of slavery and the contributions of black Americans at the very center of the story we tell ourselves about who we are.”

The publication is saturated with CRT thought and has been roundly criticized by a number of scholars for its numerous omissions and falsifications. It sets forth the central premise that all of American history is rooted in race hatred – specifically, the uncontrollable hatred of “black people” by “white people.” The editor writes in the series introduction: “Anti-black racism runs in the very DNA of this country.” Essentially, it’s an attempt to make white supremacy and racial oppression the central theme of American history. In doing so, it greatly over-simplifies history, distorting or omitting many key facts that don’t support the chosen narrative.

What’s deeply concerning is that the Pulitzer Center on Crisis Reporting has developed a proposed teaching curriculum that will be sent to schools for teachers to use in their classes. Hundreds of thousands of extra copies of the magazine and a special supplement have been printed for free distribution at schools, libraries, and museums across the country.

Since oppression is the ultimate sin in Critical Theory (CT) doctrine, white supremacy is the specific manifestation of that oppression with respect to race. Books like current #1 best seller White Fragility by Robin DiAngelo make the case that white people are indelibly stained by the sin of systemic racism, whether they harbor any conscious bias or not. DiAngelo and others have set aside the traditional dictionary definition of racism as “prejudice, discrimination, or antagonism directed against a person or people.” Instead, she chooses to define racism as “a far-reaching system that functions independently from the intentions or self-images of individual actors.” She states that “Racism – like sexism and other forms of oppression – occurs when a racial group’s prejudice is backed by legal authority and institutional control” (White Fragility, p. 20).

If you happen to disagree with DiAngelo’s definition of racism or blanket condemnation of all white people, you are displaying “white fragility.” Your job as a guilty member of the oppressor group is to be quiet, listen, and agree with anything that might be said by a person of color, who is considered to be moral and wise by virtue of being part of the oppressed class. Paradoxically, DiAngelo insists she doesn’t feel guilty for being white, because she didn’t choose that; all she can do is to strive to be “less white.”

I think that DiAngelo is at her best when she talks about history and about how we Americans are socialized to think about race and color. You can also learn helpful things from her book about how it feels to be on the receiving end of racial prejudice and discrimination. But she overplays her hand in several ways and thus severely limits the value of her book. She redefines racism and then traps you: either you agree that you are racist, or you prove that you are racist by a defensive, fragile response.

She completely mistakes one fruit of depravity (racism/oppression) for the root of it (rebellion against God), and then in effect gives oppressed people a free pass on the sin issue. There’s no real salvation in DiAngelo’s scheme; if you’re stuck with the burden of whiteness, all you can do is to work to be less racially oppressive – “to be open to, interested in, and compassionate toward the racial realities of people of color” (p. 150).

Very few people would disagree with the statement that “black lives matter,” or would have a problem with BLM’s stated commitment to “struggling together and to imagining and creating a world free of anti-Blackness, where every Black person has the social, economic, and political power to thrive.” Issues arise when you understand the CRT lens through which they view the problem and propose solutions. BLM shows their true agenda by going beyond race issues – showing a deep suspicion of all prevailing power structures, and a tendency to divide people into opposing groups of oppressors and oppressed: male/female, white/black, straight/LGBTQ, nuclear family/alternative family, individual rights/community rights, Christian values/non-Christian values, etc.

A word of caution: We are instructed in James 1:19 to be quick to listen and slow to speak. Among other things, this means that we should be careful not to misrepresent the opinions of our opponents. A good principle to follow is that we should be able to state our opponent’s point of view to his or her satisfaction. Could you do this in a conversation with a BLM member? For example, I’ve heard many Christians say that BLM wants to destroy the nuclear family. The BLM website says: “We disrupt the Western-prescribed nuclear family structure requirement by supporting each other as extended families and ‘villages’ that collectively care for one another, especially our children, to the degree that mothers, parents, and children are comfortable.” How confident are you that you understand the intent of that statement?

Another caution about language: Conversations about race, especially now, are extremely sensitive, and when words don’t have a shared understanding, they can cause conversations to either blow up or shut down. Here are some common words that mean different things to different people: white privilege, racism, white supremacy, structural racism, white fragility, institutional racism, bias, intersectionality, prejudice. I’ve been in a number of conversations that were unproductive because the participants were operating on different understandings of these words. Since my goal is to work toward racial healing and gospel conversations, I want to look for things to affirm in these terms, finding common ground so that I can continue talking with people who need to hear the good news about Jesus.

To conclude, let’s list a few ways that CRT and its parent, Critical Theory (CT), directly conflict with biblical truth.

Finally, a word of encouragement. King Jesus is seated at the right hand of the Father, watching over us and interceding for us (Hebrews 7:25). We’re OK! Greater is he who is in us (the Holy Spirit) than he who is in the world (1 John 4:4). God has not given us a spirit of fear, but of power and love and self-control (2 Timothy 1:7). It’s easy in these scary times to get overwhelmed by all the information coming at us, and all the chaos and malevolence out there. But it’s not God’s will that we live in a state of anxiety and fear. God’s church has weathered many storms, and it will weather this one.

You may not be called to engage on this battlefield of ideas. You might not be wired for it – emotionally, intellectually, or in terms of your calling. That’s fine; we all have different gifts and callings. But if God has placed you in a position to engage with others about these issues, then remember who you are and what your mission is. You don’t have time to launch mortar rounds at the enemy or indulge in group ridicule with fellow occupants of your echo chamber. You’re called to love your enemy, to meet his needs, to pray for God’s blessing on her, and to find ways to bring the good news of Jesus to bear on your conversations.

And let’s not forget why this whole subject came up. In God’s providence, we’ve been brought to a moment of racial reckoning – as a nation and as the Church. Most would agree that racial healing is desperately needed, but the world, including CRT, has no answers. We, the Church, are the only ones who have been given the message and means of reconciliation – reconciliation to God and between people groups. Confronted with this particular challenge, let’s not be overcome by evil, but let us overcome evil with good (Romans 12:21).