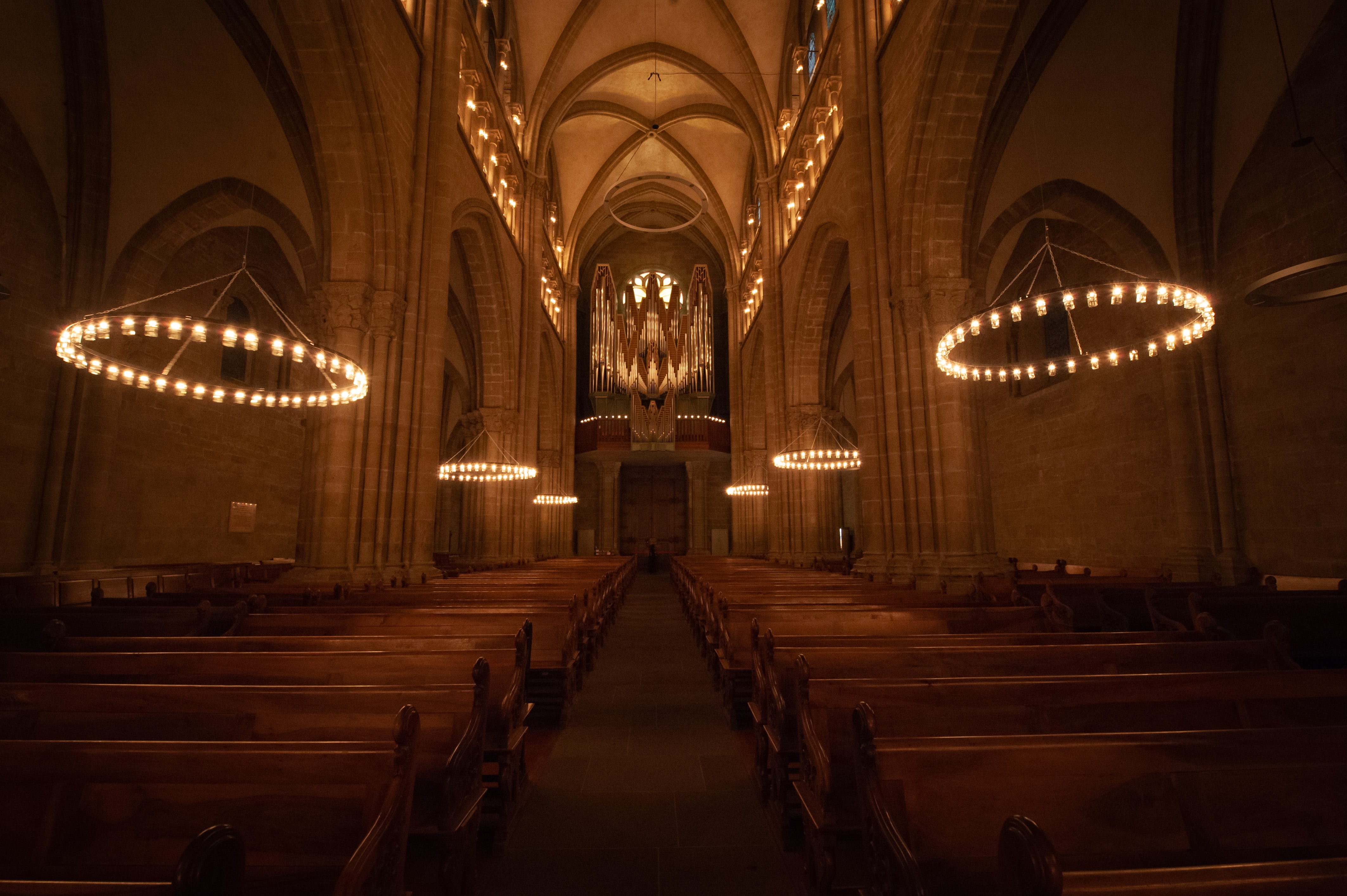 Ecclesiology is the fancy term for the doctrine of the church. It answers questions like what is the church? what should it do? what should its gatherings look like? and many others. As we’ve been forced to be apart for a number of months now, I’m seeing some misconceptions about the church, some even put out there by pastors. I want to address 3 misconceptions I’ve seen, and while doing so, I’ll be referencing a few books I’ve read during the lockdown. Reading these probably made me more tuned in to notice misconceptions that I might otherwise not have had an issue with, at least when it comes to the ordinances of baptism and communion. The books are One Assembly, by Jonathan Leeman, Preach, coauthored by Mark Dever and Greg Gilbert, and Truth We Can Touch, by Tim Chester. The 3 misconceptions I want to address are about gathering, preaching, and the ordinances of communion and baptism. Let me also make clear that I’m not trying to put any people or pastors on blast here. Some are well-intentioned, some haven’t thought things through, but it’s the minority that have bad motives or laziness driving them. My aim is to clear up misconceptions and sharpen our idea of what a church is and does.

*For the sake of brevity, I won’t be walking through particular texts of the Bible in this post, but I commend the books mentioned above which are all steeped in Scripture to support the ideas in the rest of this post.*

Let’s tackle gathering first, drawing on Leeman’s book, One Assembly. A pastor friend of mine told me about a meeting he had with pastors in his area. There were a number of them that felt like the lockdowns were a blessing in the sense that gathering wasn’t that important, and it was a lot more work. So let’s get this out of the way at the start…

A church that doesn’t gather isn’t a church.

Of course in some sense it is. GBC is still a church even though we aren’t able to all assemble at the moment. But a church that chooses not to gather is not a church. The new phenomenon of the online church, which was growing before lockdowns, is actually an oxymoron. Online church isn’t a church. Leeman even makes a compelling and provocative case that churches with more than one campus, and even churches with more than one service, are actually multiple churches, not one multisite or multi-service church. (You would have to read the book to see whether or not you agree with his arguments. I will say that even Leeman agrees there might be extenuating circumstances where a church has to move to multiple services for a season, perhaps even multiple locations, but that it shouldn’t be the norm or become the philosophy of any local church. Covid has put us in just such a season.)

I’m grateful for the many of you I’ve talked to from GBC, for whom the lockdowns have made you desire gathering more and not less. This is a sign of maturity, in my eyes. I would be awfully worried about a church with a large number of people who really took to online church and liked being able to watch the sermon whenever they felt like it, and not even get out of bed for it if they didn’t want to. Leeman uses the analogy of a basketball team, which I found helpful. It’s true that they are a team even when they aren’t playing or practicing together, but if they never actually all get together to practice or play in games, then you can’t call them a team!

What about preaching? There was a church that was moving to a home church model during the lockdown, much like GBC is now doing. As they announced this to their church, they let it be known that there would be the usual online resources of singing and the sermon, but that if someone in a particular home group wanted to lead the singing, they were free to do that. I was totally on board until I heard the next statement, which told members that they could also watch the sermon, or if someone from the group had a word from the Scriptures they wanted to share instead, that would be fine. Inside I was yelling, “No!” as I watched that part. I appreciate the desire to give freedom to the groups meeting together, but it seemed to betray the role of preaching in the church.

A preacher is a herald. They are there to tell the congregation, “Thus saith the Lord.” Much of the evangelical church has been conditioned to have a low view of preaching due to the self help, “relevant” teaching that has been part of the attractional church for so long. A preacher should be focused on finding the main idea of a particular text of Scripture, and then making that the main idea of his sermon. God is meeting us through the preached word. There is nothing wrong with people opening the word and sharing with one another at a home group. In fact, there is much good in that, and we need more of it! Just don’t let that replace the preaching of the word.

Finally, what about the biblical ordinances of baptism and communion? Some churches have been practicing these things while not being able to meet together. I share their desire for these things. As far as I’m concerned, nothing is much better than a baptism service! That being said, I’m also grateful that GBC hasn’t performed these ordinances. The reason is that they were meant to be done corporately. Baptism isn’t a declaration that someone has decided to live for Jesus as much as it’s a church’s recognition that someone has been united to Christ. The person being baptized is a passive member in the proceeding, and the church is there to affirm the work that God has done in their life. Baptism is how a church and its membership is defined. As Tim Chester says in his book Truth We Can Touch, “The church is a baptized people.” Could this be done over Zoom? Maaaaaybe. I guess. Perhaps. But why not wait until we can be there together, as one body, to worship God together?

As for communion, it’s a family meal, a covenant meal. We come together to celebrate the story of redemption. We remember the heart of the gospel of what Jesus has done for his bride at the cross. If the family can’t all be invited to come, then the meal should wait. Baptism reveals our union with Christ while the Lord’s Supper reveals our communion with him. As much as we may want to piece together some communion elements at our house church, it will be all the more sweet when we can gather together and partake of the same elements as a family.

Lockdowns have brought with them some confusion about what the church is and does. I’m grateful to our elders that they haven’t added to the confusion in these areas. May we all be together soon!