One of our deepest convictions is that Jesus is the head of the church.
He is our chief shepherd (1 Peter 5:4), and all other leaders are to humbly lead under His leadership pointing others to Him.

Our leadership is made up of men and women who love Jesus and desire to make his name great in Gresham and around the world. 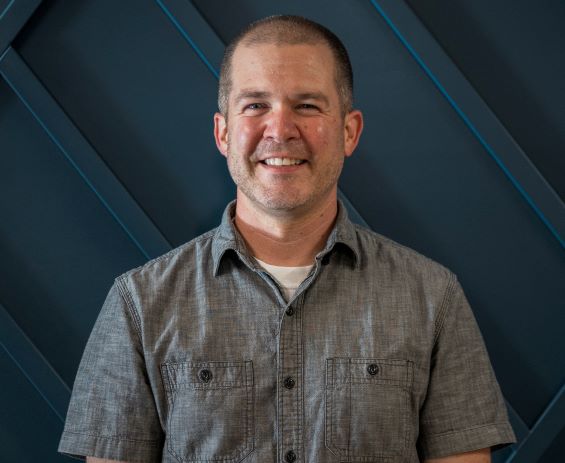 Mike became the Associate Pastor at Gresham Bible Church in 2021. He and his wife Carrie were married in 2000. They have 7 children: Weston, Grace, Elsie, Noah, Isaiah, Evelyn, and Owen. Mike and his family have been a part of GBC since 2009. Mike enjoys hanging out with family and friends, watching sports, eating good food, exploring the outdoors, and reading books. He counts it a joy to serve the church he loves. Mike desires for many more in and around our city to trust and follow Jesus.

Rob first became an elder at GBC in 2012 and served for 6 years. Then after a 2 year hiatus he rejoined the elder team in 2020. He and his wife Linda were married on St. Patrick’s Day in 1979 and have 3 children and 7 grandchildren. Rob retired in 2017 after a career in Ergonomics and now spends time with Linda, loving on grandchildren and working on home projects. He also enjoys the great outdoors, hiking, kayaking, woodworking, baking, playing piano, and having coffee with friends. Rob loves to see the life changing work of Christ in the lives of God’s people and considers it a joy and privilege to be a part of His Church.

Josh joined the elder team in 2021. He and his wife, Stacy, joined GBC in the summer of 2019. They were also members here from 2012–2016. Josh grew up in Gresham and has lived here most of his life. He and Stacy were married in February 2006 and moved to California in 2007 for Josh to work on his PhD at Golden Gate Baptist Theological Seminary (now called Gateway Seminary). Josh works at Western seminary where he is the academic dean and a biblical studies professor. He is thankful to work in a job that is focused on partnering with the Church to bring God glory and advance the reach of the gospel in the world. Josh and Stacy have four kids: Hallel, Simeon, Lita, and Silas, and they love to go on hikes and do other active things outside as a family. 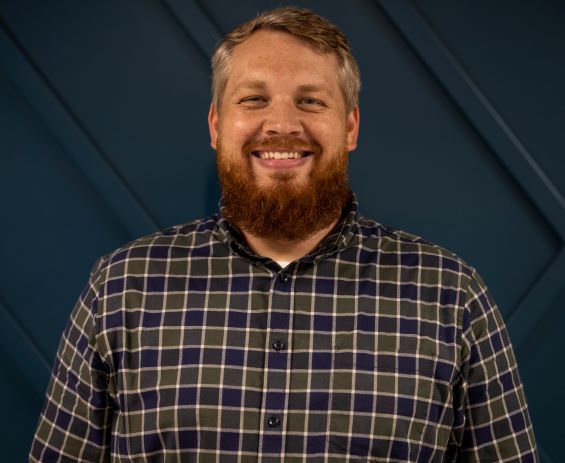 Jordan became the Student Ministry Director in March of 2019 after serving as the Associate/Youth Pastor at Hope Fellowship Church in Kansas City, MO for seven years. He has been married to his wife Taylor since 2010, and they had their daughter Olivia in 2017. Jordan graduated from Corban University in Salem, OR in 2007, where he received his Bachelor’s Degree in Biblical Studies with a minor in Youth Ministry. He went on to attend Gateway Seminary and completed his M.Div. with a concentration in Youth Ministry in 2019. Jordan was born in Portland and has carried with him a love for Trail Blazers basketball since he was a toddler. If he’s not watching the Blazers, he’s playing dress up with Olivia, spending time with Taylor, or watching movies from his too large DVD collection. Jordan felt called to youth ministry when he was 17 and feels a special passion to minister to students in the Northwest. His desire is to see teenagers come to saving faith in Jesus and then to view their time in school as a missionary field to reach and love their friends. 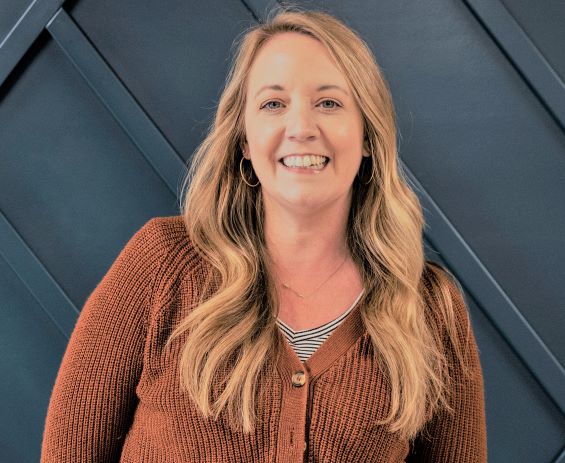 Noël began working at Gresham Bible Church in 2016 as a part-time bookkeeper. She and her 4 girls have been attending GBC since 2012. Noël met Joe Rodman at GBC and in 2018 were married and joined their families together. They are parents to: Savannah, Aubrey, Makenzie, Leah, Ashley, Camille, and Jackson. Since 2016 she has taken on more responsibility at GBC and is currently the Administrative Assistant. She is an avid reader and cook. She also enjoys anything outside, candles, vacations at the beach, date nights with her husband, and adventuring with her family—preferably somewhere near water. One of Noël’s primary goals is to know, understand, and love well the family God has entrusted her with, as well as the community of believers at GBC she has the privilege to serve alongside.

Warren began serving part-time as the Music Director for GBC in September of 2020. He grew up in Boring, Oregon and after almost 10 years living in Washington, married his now wife Becca after moving back to Oregon in 2017. Warren and Becca have 2 boys: Noah and Tate. Warren received his Bachelor's degree in pastoral ministry in 2006 from Northwest University in Kirkland. Warren enjoys playing music, coffee, watching movies, spending time with family and friends, watching football and serving the members of GBC whenever possible. 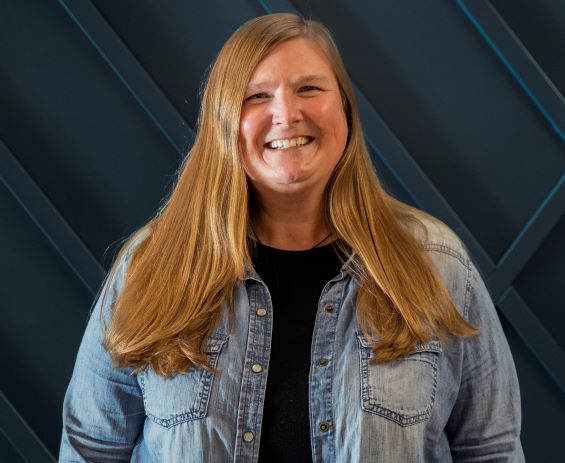 Kerri became the Children's Ministry Director in March of 2020. She and her husband Joe were married in 1997 and have 2 children: Daniel and Rebecca. Kerri attended Mt. Hood Community College, Multnomah Bible College and Moody Bible Institute. She loves missions, training teams and leading teams overseas. Kerri spent 5 summers in Europe, mostly in the Czech Republic. She loves to travel and her favorite city is Prague. She also enjoys watching her children play sports, camping, rafting, a day at the lake and visiting with a friend over a cup of coffee. Kerri is also an elementary Librarian for the Oregon Trail schools. Kerri loves working with youth and teaching Sunday school, and loves sharing the good news of the gospel with the children she teaches. 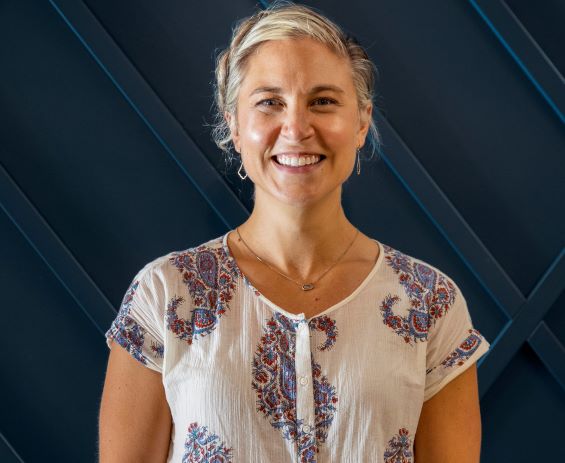 Bethany recently joined the GBC staff as Children’s Ministry Coordinator in September, 2021. She attended Pacific Lutheran University and Portland State University, earning a Bachelor’s, then Master’s degree in K-12 Music Education. She began attending GBC with her husband, Danny, in 2011, and they have since had three daughters- Raylie, Aubrie and Juliette. Bethany loves working with the members of GBC to create a Gospel-centered and fun environment for children to learn about Jesus. With three young kids at home, Bethany has 10 minutes per week to pursue reading, exercise, music, decorating, nutrition, and making a cozy home. Every year she decides to become a gardener, and then realizes the Farmer’s Market is quite handy. She loves simple vacations with her husband and family, and vows to be a lifelong learner. 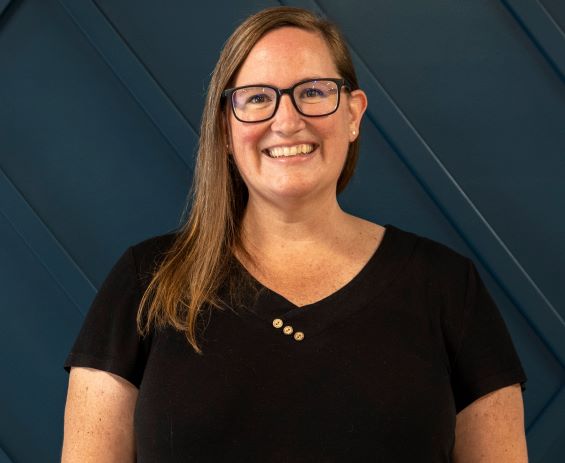 Sara has attended Gresham Bible Church since 2013 and became a deacon in 2017. She grew up in Gresham but has enjoyed traveling and meeting people in many parts of the world. She loves spending time with her family which includes 12 nieces and nephews who bring her a great deal of joy! She works full-time as the office gal at a commercial lighting contractor serving the greater Portland/Vancouver area. She enjoys reading fiction, baking & cooking, birdwatching, and is a third-generation Seattle Seahawks fan. A couple of Sara’s primary passions are studying God’s word in order to know and trust more deeply in him, and finding ways to serve those around her in unique and practical ways. 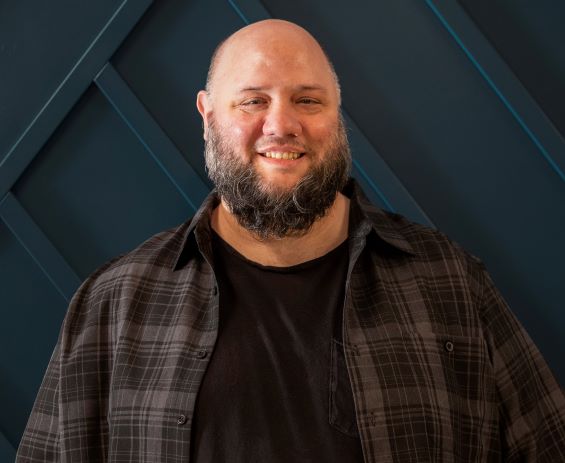 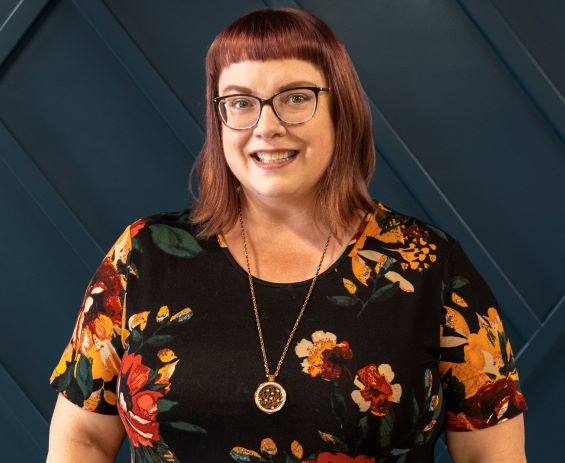 Rachel began attending GBC in 2015 with her husband John after their small house church folded into GBC. They have been serving as deacons for the last few years with a focus on Media operations. They have 2 children, a son Desmond and a daughter Vivian and have lived in Gresham for over 10 years, although Rachel has lived in Oregon her whole life. She is a self-confessed serial hobbyist whose current ones include paint pouring and metal stamping. She loves the outdoors, bird watching, and exploring nature with the whole family. She loves nurturing a love for Jesus and for others in our community in her kids, and is growing in her understanding of what it looks like to prioritize time in the Word with the demands of being a  working mom.

Jason began attending Gresham Bible Church (GBC) in 2011 and became a deacon in 2018. He and his wife, Lynsey, were married in 2011 and have one child, Zachariah. He received a bachelor’s and master’s degree in geotechnical engineering from Portland State University and works for a private consulting firm in the Portland Metro area. Jason enjoys spending his time in a multitude of ways and has currently exhausted his hobby chips.  Some of the things he enjoys most including hanging out with family; outdoor activities such as fishing and hunting; bee keeping; roasting coffee; cooking and smoking good food; making sausage; etc. Jason strives to help the leadership of GBC by taking on some of the physical needs of the church and body to free the elders and pastoral staff to support the spiritual needs of the church.

Contact our deacons with a need you or someone you know has: gbcdeacons@greshambible.org