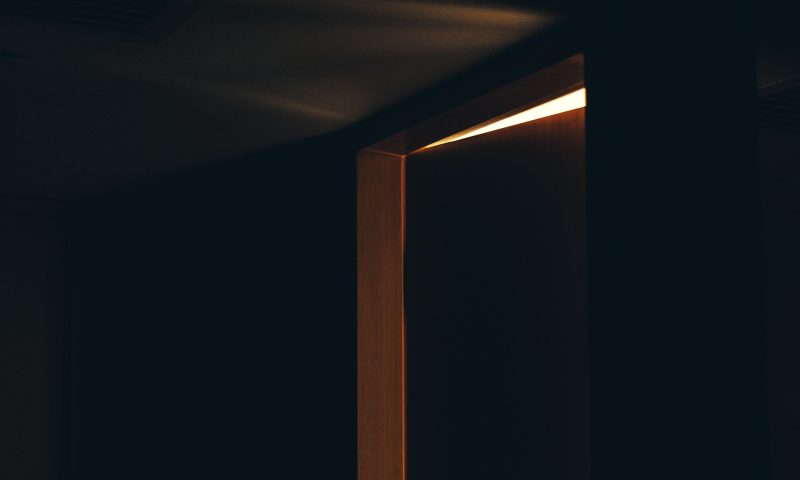 The topic of racial injustice comes up a lot these days. This issue and the tension surrounding it are not new in our country or in the world, but things have intensified again in the past several weeks since George Floyd was killed. We are all experiencing and processing these things differently, but what unites us as Christians is our identity in Jesus and our calling to walk in a manner worthy of the gospel. We seek to filter our thoughts about race through the lens of the good news of Christ, and this gospel should inform and motivate our responses too.

At the same time, gospel-related caveats also abound in these times. Some say, “Don’t talk about race. Just stick to the gospel.” For others the danger is on the other side. “The real issue here is injustice and oppression,” one might caution. “The gospel may be good news, but bringing it up now is a distraction from the main problem we need to be addressing.” Of course there are variations on these two warnings, and we do well to listen to the wise nuances and corrections offered by godly people with both kinds of concerns.

But it does raise the question: “Is racial injustice a gospel issue?” If it is, if we believe the gospel has something relevant to say to these issues, then we cannot avoid them by appealing to a gospel-only focus. A gospel response includes attention to the sin of racism. And on the other hand, we must not relegate the gospel to a place of secondary importance in trying to address the problem of injustice. We believe is a robust gospel. Its reach is broad enough to address racial tension and injustice, and it is powerful enough to bear its weight and deal with its root problems.

Racial injustice is a gospel issue. The gospel and its implications do inform us on this topic, and the good news of Jesus’ life, death, resurrection, and coming kingdom can and must guide our responses to it. For now, we'll look at just a couple of the ways the gospel speaks to the issue of race and to this historical moment. In a follow-up post we’ll look at a couple more.

In order to grasp the fullness of the gospel of salvation, we must acknowledge what it is Jesus saves us from. Indeed, the good news is not good if the bad news really isn’t so bad. As Christians, as evangelicals, our concentration on the gospel should set us apart as those who most clearly recognize sin when we see it. We need to be able to say unequivocally that racism is sin and racial injustice or bias of any kind is rooted in human depravity. It is part of our world’s brokenness and evidence of the curse of sin.

Racism opposes God and falls short of his glory in many ways. It dishonors God by devaluing human lives made in his image (Gen. 1:27; 5:1). It fails to love our neighbor as ourselves (Lev. 19:15–16), which again is a violation of God’s own holy nature (Lev. 19:2). It is rooted in pride and self-sufficiency (Prov. 16:5; James 4:6). Racism falls under the umbrella of what the Bible calls partiality. The one who shows partiality is the one who favors an individual or a group over another, or devalues and treats an individual or a group unjustly because of something about their status or standing, including their ethnicity, the color of their skin, or the part of town where they live. Those who show partiality, says James, commit sin and are guilty as transgressors (James 2:9). As with all sin, partiality is a sin against God, for he himself is an impartial God (Deut. 10:17; Acts 10:34; Rom. 2:11).

Sin reaches to every corner of the globe and spans all of human history. Its vast reach is a basic tenet of the gospel. All have sinned (Rom. 3:23). Together the children of man have become corrupt; there is not one who does good (Ps. 14:1–3). The human heart is deceitful and desperately sick (Jer. 17:9). Racial sin continues the stream of animosity that has characterized the human race from the beginning (Gen. 3:15; 4:1–8). Cain’s murder of Abel is the first in a long and dreadful line of violence, oppression, and hate—a line that led through Isaac and Ishmael’s rivalry and its ongoing effects in the Middle East today, through the Jew-Gentile tension addressed all through the New Testament, through the pogroms and the Holocaust, through slavery, lynching, and the KKK, and up to the murder of Ahmaud Arbery.

It should not surprise us that humanity continues our evil ways of injustice, partiality, and abuse of power. As John Piper puts it, because of sin, “the history of humanity has no chance in a million to not be a history of racism.” From the standpoint of the Bible’s view of sin and its insidious effects, it would be “absolutely astonishing” if racism was not pervasive, as both an individual and a corporate, structural sin problem.

Any biblical account of the gospel must include acknowledgement of sin, the punishment it deserves, and the coming judgement. The reason it is part of the good news is that, through his death and resurrection, Jesus atoned for our sin, cleansed us from it, and won a decisive and eternal victory over it. He is also working now, by the Holy Spirit, to rid our lives of sin and its enslaving grasp. The Christian life cannot in any true, biblical sense be considered gospel-centered if it disregards sin and fails to confess and turn from it.

Repentance is at the heart of the gospel message too (Mark 1:15; Luke 24:46–47; Acts 2:38). In one study of repentance through the whole Bible, the author says that repentance is an essential piece of the Christian gospel, and this truth “should have an impact on the daily, even hourly rhythm of our relationship with God as individuals.” Repenting is not something we do just once at the beginning of the Christian life. It’s something we do again and again as we grow in the gospel of Christ.

When it comes to the sin of racism, the call to gospel repentance is a sensitive issue. Rarely does a person readily confess to being racist. We tend to think of racism in extreme terms, envisioning burning crosses and separate drinking fountains. The thought of participating in those kinds of things is repulsive and we are rightly hesitant to admit to sins we have not committed. It’s true, we should not falsely confess sins we had no part in, and there are important cautions against false repentance. Individual guilt by association is not a biblical idea, and punishment for sin is owed to the sinner (Ezekiel 18).

Yet, we should also be careful we’re not too quickly shirking confession and repentance. First of all, there is biblical precedent for adopting a repentant posture towards corporate sins, even those for which we don’t bear individual guilt. Daniel and Ezra provide a couple of the clearest biblical examples of this kind corporate repentance when they pray prayers of confession for the sins of the Israelites around them and who went before them (Dan. 9:4–19; Ezra 9:6–15). The full biblical picture of repentance includes acknowledging the sin of our people, grieving over it, and sharing in the commitment to turn from it.

We cultivate a humble, repentant attitude when we begin by simply acknowledging the human condition and the historical pattern of sin generally. And more specifically, we attune our hearts to the gospel when we confess and grieve over the sins of partiality and racial injustice that have plagued our history.

As believers in the gospel of Christ we should certainly be willing to confess our own sin in general, and we must also admit Christians have been complicit the sin of racism in particular. Our forebears, some of whom preached the same gospel we do, were some of the strongest proponents of race-based chattel slavery and segregation in the Jim Crow South. Christians and our institutions have also been some of the most reluctant to confess and repent of our checkered, racist past. The history of Christianity in America should move us to humility and the willingness to confess corporate sin and seek to be a part of efforts to turn from it.

The truth is, however, once we give space for corporate repentance, we open our consciences to the possibility of individual guilt as well. And that is not something to avoid. In adopting a gospel-oriented posture of repentance, we acknowledge we are part of the rebellious human race, and we relinquish the safe ground of defensiveness. A willingness to see and address corporate sin could be the crack in the door that then opens our hearts to the light of the gospel to come in and expose our personal sin as well.

We may realize sin we weren’t aware of or haven’t wanted to admit. Specifically, with regard to racial bias and partiality, we would be the extreme exception to the rule if we were not prone to favor those like us and, even in subtle ways, to look down on those who are different from us. The gospel calls us to be open to the possibility we have sin to confess and repent of (1 John 1:8–10), even if it is subtle and not readily recognizable. Knowing we are forgiven through Jesus should free us to see the lingering residue of partiality that may still dwell in our hearts.

There could be ways we look down on others who aren’t like us, who have different ethnic and cultural backgrounds than us. We may be guilty of reflexively rationalizing their mistreatment. It would not be out of the ordinary for us as humans to jump to blaming other people’s struggles on their own choices, to fail to recognize the unique challenges they face and the privileges we enjoy, and instead to assume we are somehow inherently less flawed than they are. Not only is this partiality, but it is based on a kind of karma mentality that is completely anti-gospel. It is sin. Part of living our lives continually shaped by the gospel is humbly admitting we cannot always see our sin clearly, like the psalmist who humbly asks, “Who can discern his errors?” These “hidden faults,” as the psalmist calls them (Ps. 19:12), are not beyond the forgiveness of our gracious God.

Being gospel-centered means understanding it is God’s kindness that leads us to repentance (Rom. 2:4). For it is in repentance that we can experience deliverance from sin, both its penalty and its continued deceit and enslavement. The good news is that Jesus rescues us from sin's punishment and releases us from its grip (John 8:32; Rom. 6:18; 8:2). Any trace of racial sin deserves God’s wrath, but we are saved from this sin and its punishment through Jesus’ atoning sacrifice (1 Thess. 1:10; 1 John 2:2). Part of this good news is that we are freed from the prideful, rationalizing defenses we sometimes rely on to avoid acknowledging our sin. The truth of the gospel sets us free to assess honestly our own hearts and the historical patterns of racism in our world, in our country, and within the Church.

The gospel is a message of good news. But without acknowledging the place of sin in the story of the world and in our own lives, we cannot even begin to fathom the magnitude of God’s love and grace shown to us through his Son Jesus. A gospel response to any sin, in this case the sin of racial injustice and partiality, requires a humble attitude of lament over the past, confession in the present, and repentant striving to rid it from our future. Christ has paid our debt and conquered sin, and we await in certain hope for his coming kingdom.